These earrings feature beads made for the two moons of Mars – Deimos and Phobos; a pair even though they are different. They are on earwires made of Argentium Sterling silver, which tarnishes much slower than Sterling Silver and is is less allergenic.

The two moons of Mars were discovered by Asaph Hall in August 1877 and are named after the Greek mythological twin characters Phobos (panic/fear) and Deimos (terror/dread) who accompanied their father Ares, god of war, into battle. Ares was known as Mars to the Romans.

The lampwork beads are made in my Christchurch, New Zealand, workspace at XCHC, a shared maker space. They are made by adding coloured glass so they resemble the NASA photographs of the moons and, while the glass is still hot, are treated to make a matt and cratered surface like the moons of Mars. 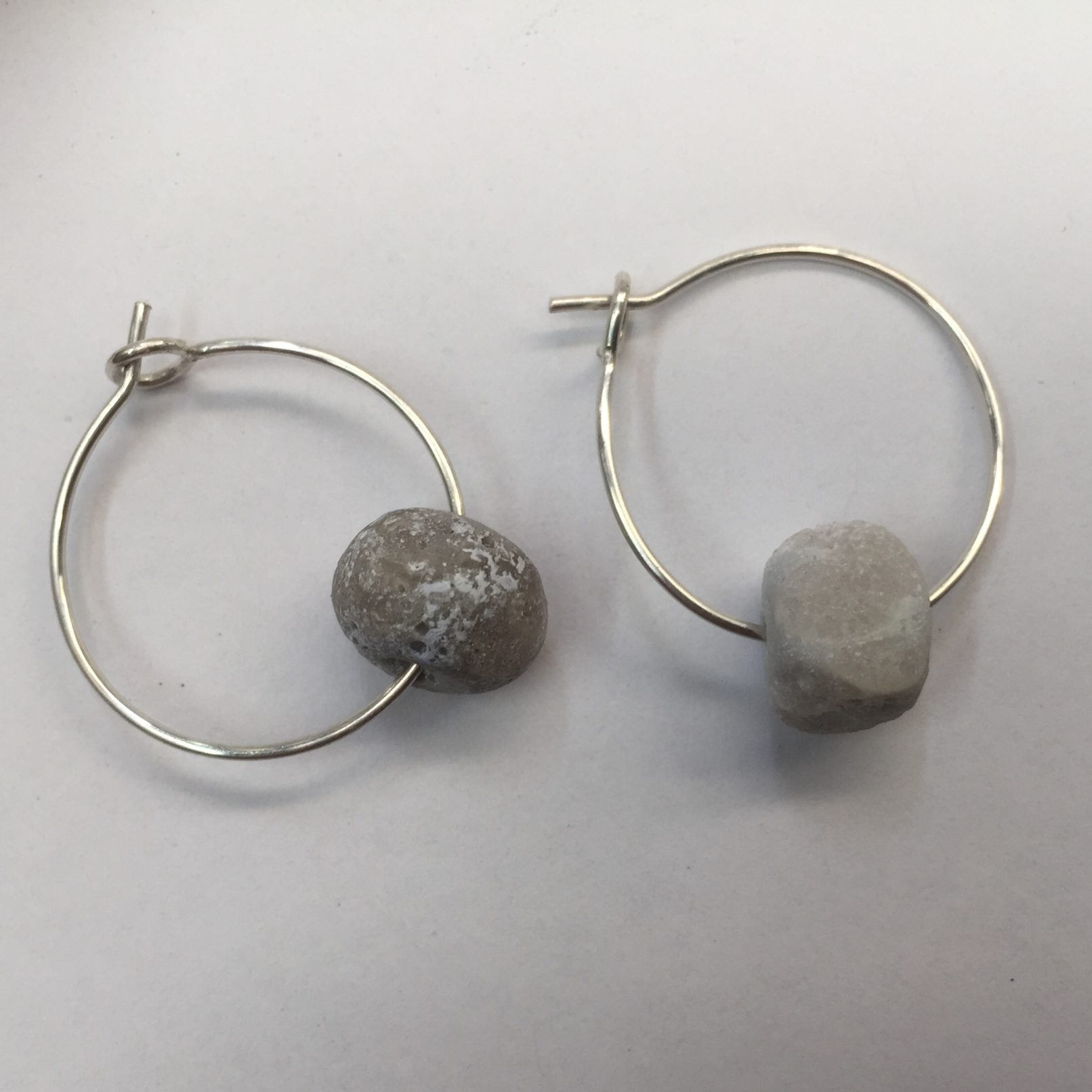