The Galilean moons are the four largest moons of Jupiter: Io, Ganymede,  Europa, and Callisto, named after lovers of Zeus.

They were first seen by Galileo Galilei, an Italian astronomer, in January 1610, and recognized by him as satellites of the planet Jupiter in March 1610. They are the first objects found to orbit another planet. Ganymede is the largest moon in the Solar System, and is even bigger than the planet Mercury, though only about half as massive.

The lampwork beads are made in my Christchurch, New Zealand, workspace at XCHC, a shared maker space. They are made by adding coloured glass so they resemble the NASA photographs of the moons and, while the glass is still hot, are treated to make a matt and cratered surface like Jupiter’s Moon. 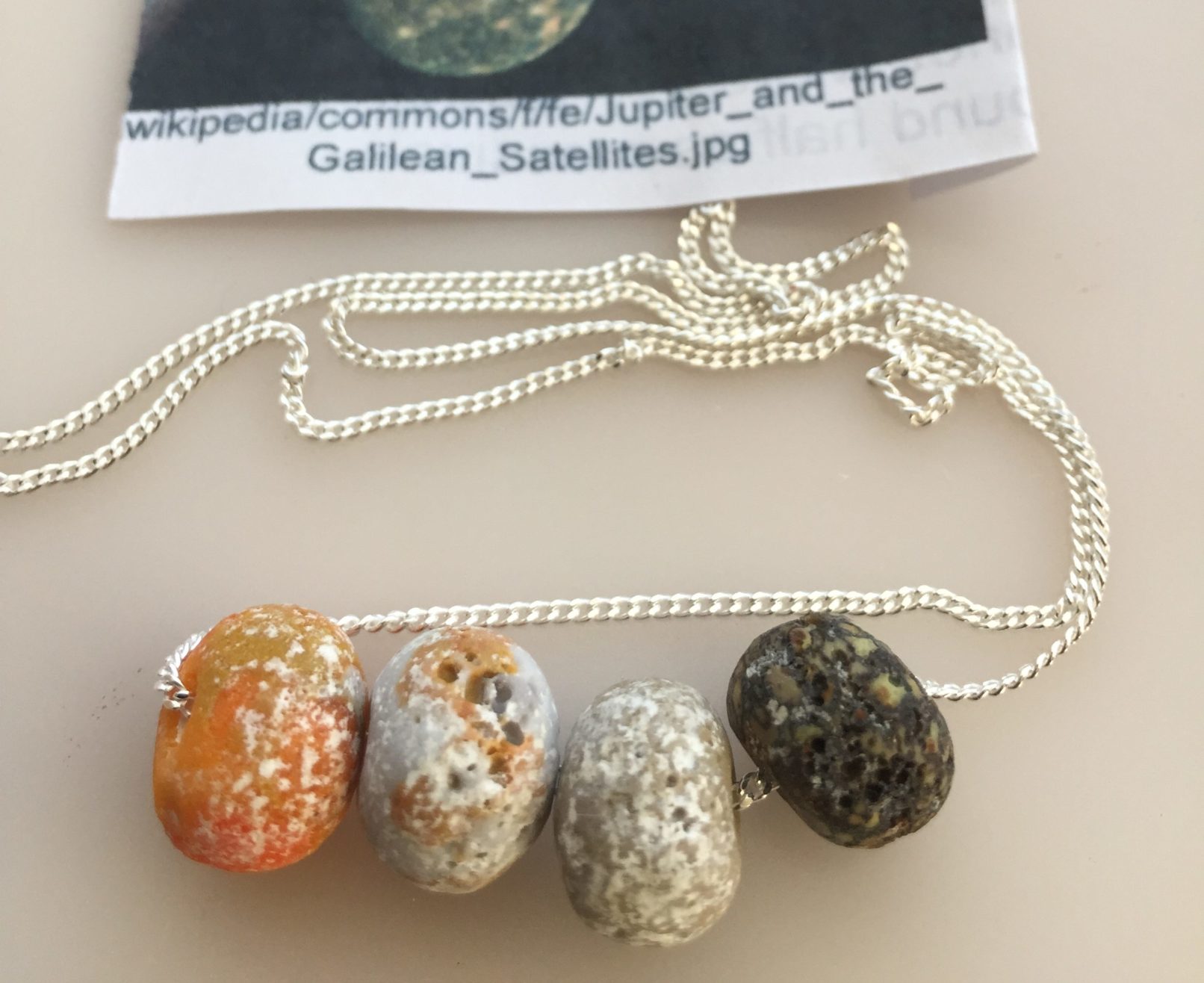