The beads are separated by black space beads and strung on a sterling silver chain in the same order as they orbit their sun. The last bead on the chain is a black bead with a spiral galaxy. The bracelet has a sterling silver catch and extender chain to fit a range of wrist sizes.

The lampwork beads are made, one by one, in my Christchurch, New Zealand, workspace at XCHC, a shared maker space. They are made by melting coloured glass in a gas/oxygen flame and manipulating the surface so they resemble the artist’s images of the planets. The beads for each System are chosen, strung on the sterling silver chain and the catch added. Each System may differ slightly from the image.

Kepler-90 is a G-type main sequence star located about 2,840 light-years (870 pc) from Earth in the constellation of Draco. The Kepler-90 planets were discovered by NASA’s Kepler Mission, a mission tasked with discovering planets in transit around their stars, and have a similar configuration to our solar system with small planets found orbiting close to their star, and the larger planets found farther away. The name Kepler-90 derives directly from the fact that the star is the catalogued 90th star discovered by Kepler to have confirmed planets 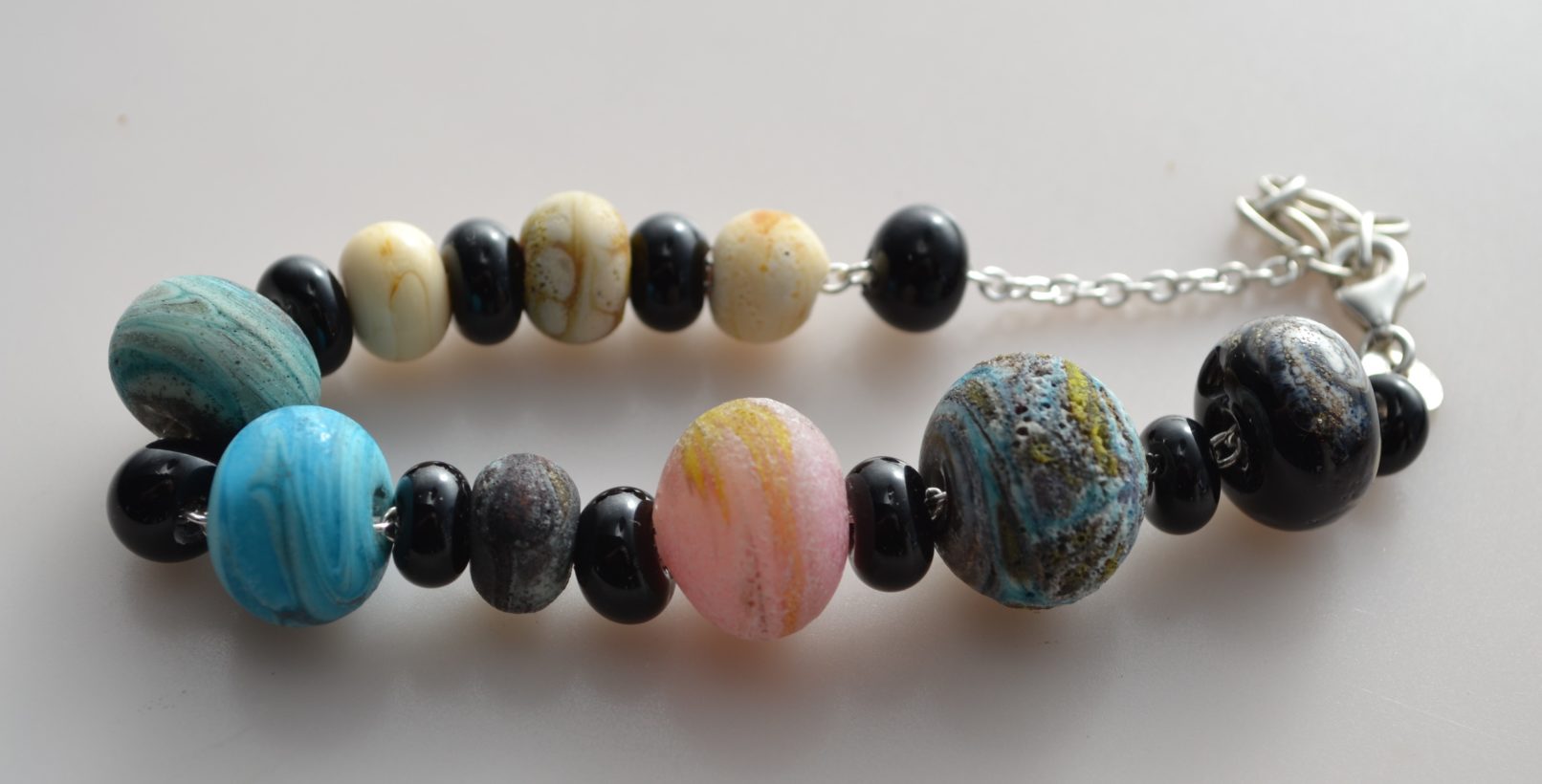