The Planet beads are separated by black space beads and strung on a sterling silver chain in the same order as they orbit their sun. The last bead on the chain is a black bead with a spiral galaxy. The bracelet has a sterling silver catch and extender chain to fit a range of wrist sizes.

The lampwork beads are made, one by one, in my Christchurch, New Zealand, workspace at XCHC, a shared maker space. They are made by melting coloured glass in a gas/oxygen flame and manipulating the surface so they resemble the artist’s images of the planets. The beads for each System are chosen, strung on the sterling silver chain and the catch added. Each System bracelet is thus handmade, and may differ slightly from the image.

In 2016, astronomers at The Transiting Planets and Planetesimals Small Telescope (TRAPPIST) in Chile identified three planets around the dim star TRAPPIST-1. Less than a year later, NASA announced the discovery of even more worlds, for a total of seven. All of the exoplanets orbit in the habitable zone of their star, the region where water can remain liquid at the surface. The TRAPPIST-1 system boasts the largest number of rocky worlds ever found in a habitable zone of a single star and lies only 40 light-years from Earth. 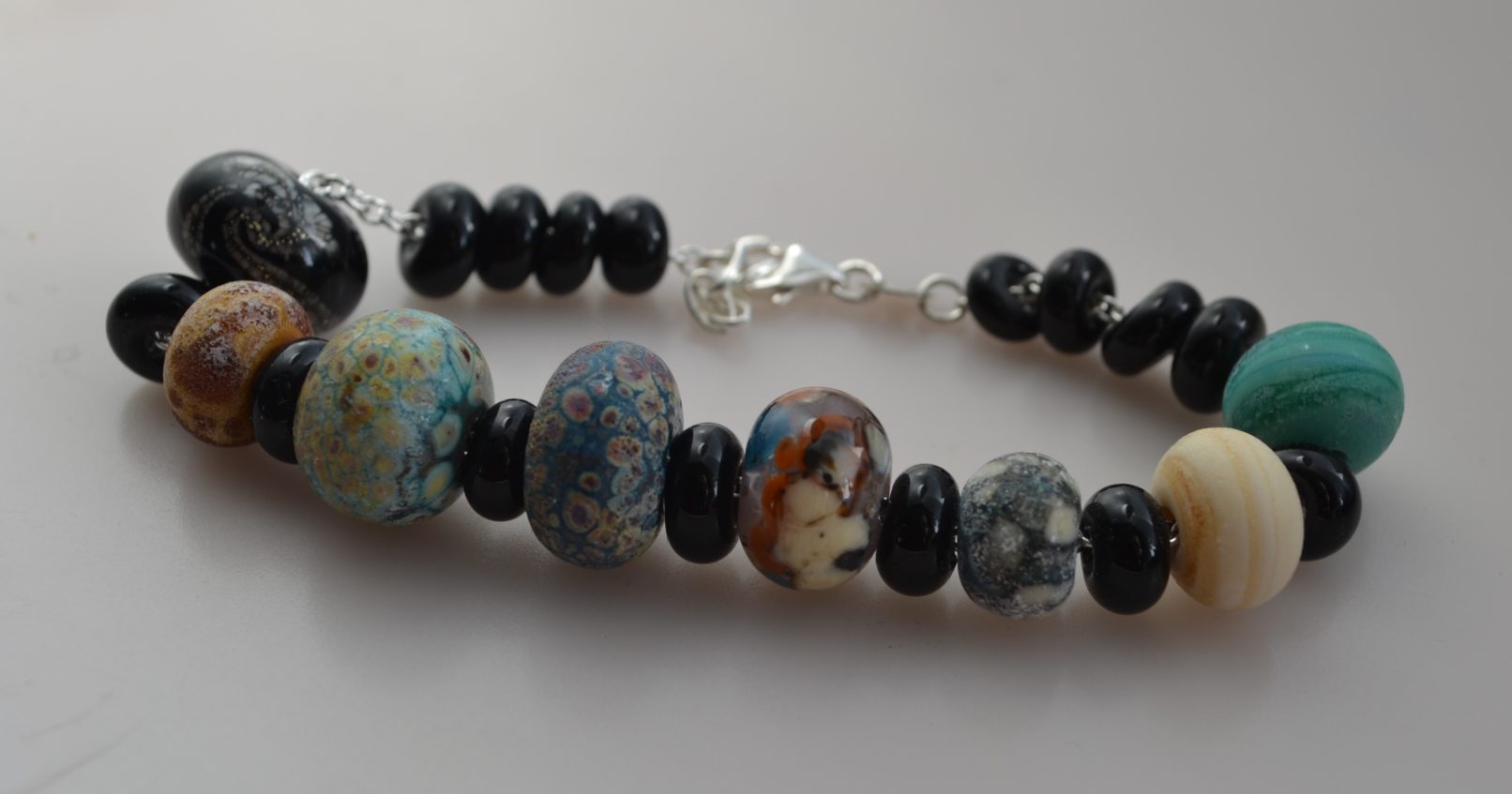